The main advantages of adding small wind turbines for microgrids are an increase in renewable energy supply, a reduction in the amount of backup power required from a diesel generator and a reduction in the strain imposed on energy storage, thus extending battery life.

Although solar power for microgrids is, in itself, efficient and largely cost-effective, it still cannot generate power during the hours of darkness. Adding small wind turbines increases renewable energy supply potential around the clock. This means that a solar-wind hybrid project can result in a consequent reduction in the amount of power needed to be supplied by a backup generator—usually present in a microgrid because of the lack of night-time generation from solar.

Wind turbines not only enable a reduction in the consumption of diesel used to fuel backup generators, they also lessen the strain imposed on the battery energy storage element, and therefore give extended battery life. The presence of the wind turbines thus complements both the energy production and energy storage components of the microgrid.

Charging The Batteries With Wind

Electricity from the small wind turbine(s) in a microgrid not only adds to the energy mix, but can also be used to charge the batteries in the energy storage unit. Given that wind is intermittent, and that solar power is only generated during daylight hours, the solar and wind elements complement each other in what becomes a hybrid system.

According to Oklahoma-based Bergey Windpower Co, the most common system architecture for this type of microgrid deployment is an ‘Advanced DC-Bus Hybrid System’, in which the wind turbine generates DC power for loads and for batteries (usually 48 VDC). The wind and solar systems connect to a DC-bus (a heavy conductor that distributes the voltage) through separate charge regulators. The batteries also connect into this DC-bus along with the DC loads and the inverter/charger. A number of systems can be so connected, either with or without a central control system.

The idea is that the wind and solar systems keep the batteries charged. However, if the batteries are depleted down to around 20 percent charge, a backup diesel generator comes into play. As Alastair Munro from Ryse Energy mentioned in a presentation during the 13th Global Microgrid Innovation Forum, held online in September this year, in practice, the generator will realistically only be used for 5 percent of the time at most, if that.

Small wind turbines are often used for community microgrids, particularly in rural energy projects in developing countries, where electrification of services such as schools, clinics, offices, alongside homes and small businesses, needs to be conducted affordably and quickly, using renewable energy rather than tapping into the national grid. Indeed, this is an area in which Ryse Energy in particular specializes in.

According to Bergey Windpower, these types of hybrid solar-wind microgrid systems have demonstrated a reduction of 70-90 percent in the amount of diesel fuel required, along with a considerable reduction in the amount of associated pollution. 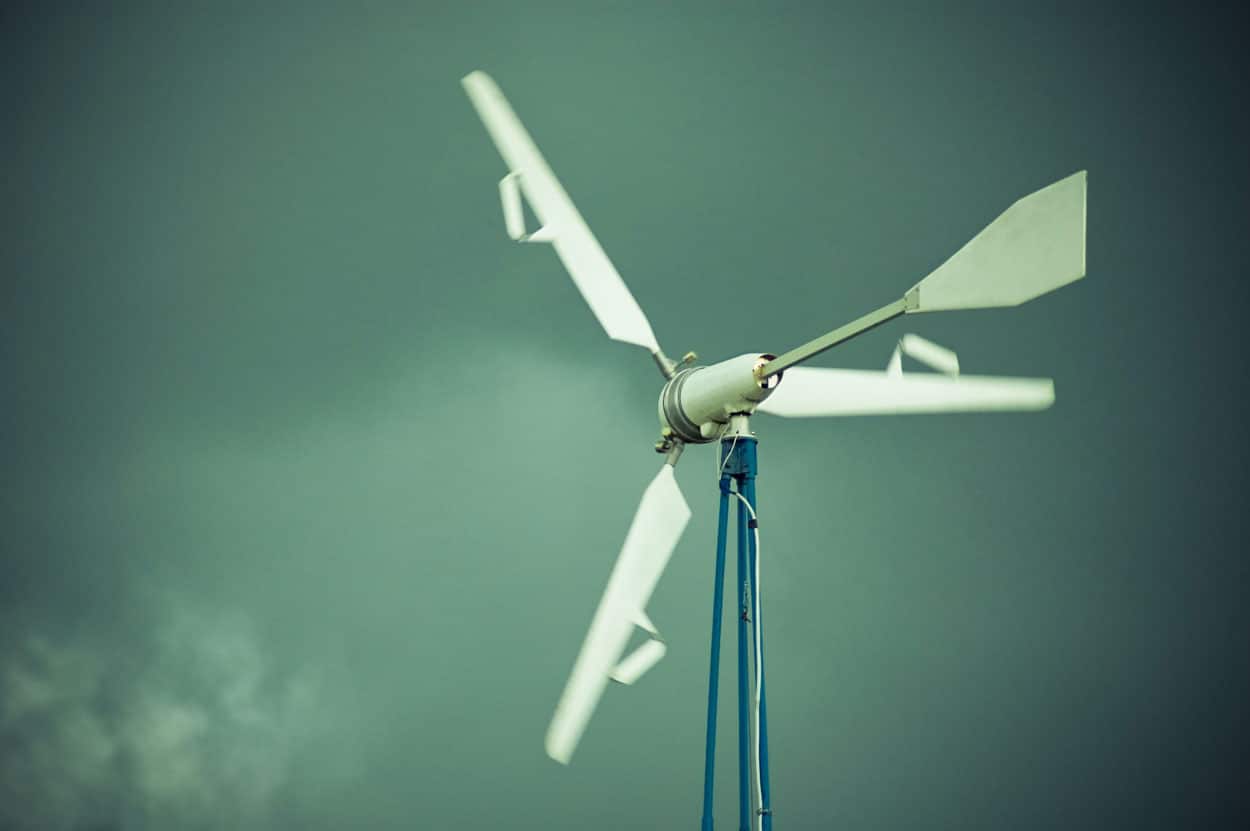 A Wind Resource Assessment Is Important

Some locations are better for wind generation than others, with coastal sites, plains and hilltops being the most favorable. For any location where the wind resource exceeds 5 m/s (11 mph), a wind turbine will be less expensive than diesel. For wind to compete effectively with solar, the wind resource needs to be around 6.5 m/s (14.5 mph). This wind resource information data is usually readily available, as it is usually already being collected by various organizations for a multitude of purposes. It is one of several considerations needed to design and implement a successful microgrid solution.