In recent years, wildfires of unprecedented severity and size have ravaged the globe. The 2019-2020 wildfire season in Australia destroyed 46 million acres, killed or displaced an estimated 3 billion animals, and released more than half the country’s annual carbon dioxide emissions (some 306 million tons of CO2). This year is starting to feel a little like we’ve come full circle as wildfires are leading headlines again in California as vast swaths of the state are razed. California’s Department of Forestry and Fire Protection has announced record-breaking damage in the last month alone, with over 1 million acres destroyed by fire (a total of around 4.1 million acres have burned in 2020). 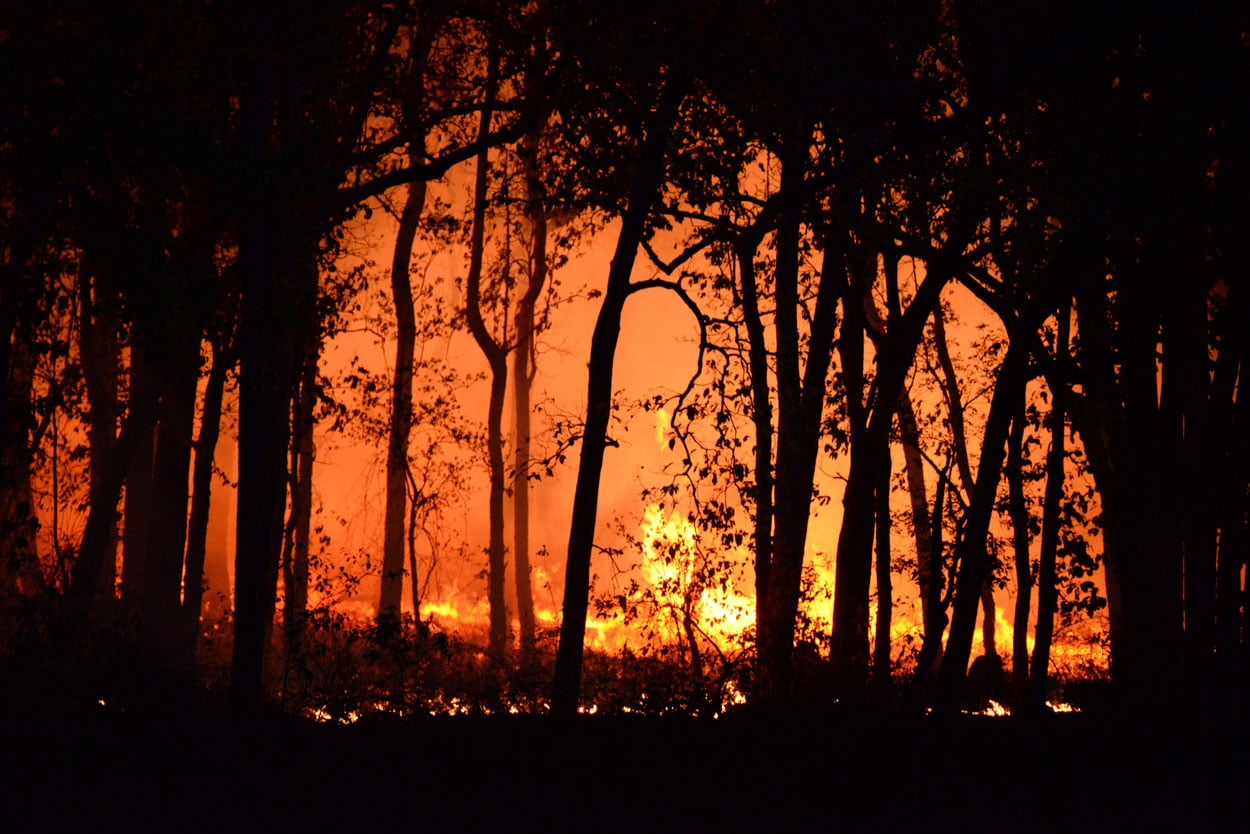 It is no secret that the increase in wildfire prevalence and severity over recent years has been caused by anthropogenic climate change. Humans are responsible for these fires in more ways than just that. People directly start many wildfires in many ways: a cigarette butt tossed into dry grass, hot exhaust from an idling vehicle that ignites drought-affected plants, or poorly maintained electrical infrastructure.

Many human-initiated wildfires are caused directly by an outdated power grid. The responsibility for many of California’s wildfires in the last few years have been laid at the feet of utility giants like Pacific Gas and Electric (PG&E). The 2018 Camp Fire, which burned over 150,000 acres and caused 85 deaths, was caused by improperly maintained power lines. The CAL FIRE investigation determined that PG&E had not done their due diligence in clearing the power lines of vegetation, causing them to alight. PG&E is not alone; equipment belonging to Southern California Edison and San Diego Gas & Electric have also both been linked to initiating wildfires across the state. 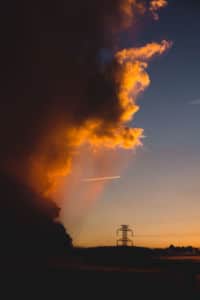 While vegetation touching power lines had always been a wildfire hazard, the increased temperatures and more prominent drought seasons caused by climate change increases the risk of fires manyfold. California alone has over 210,000 miles of electrical line, the majority of which are overhead lines.

It seems like the time is ripe to do things differently.

One alternative to the dangers of sparking overhead lines is to place power transmission lines underground. Although this does eliminate many hazards associated with overhead lines, this underground infrastructure is costly to install and maintain.

Another solution that is being embraced is the use of microgrids in wildfire-prone areas. Utilizing locally generated (ideally renewable) power reduces the need for such vast networks of power transmission lines. Sunny, windy California is an ideal location to implement distributed energy generation. In 2019, 31.7% of California’s energy utilized came from renewable sources (mostly solar, wind, and geothermal).

Microgrids in wildfire areas are not only useful for preventing the fires—they can also help properties to survive in times of crisis when the standard grid would be shut down. Stone Edge Farm Estate Vineyards & Winery (near the Napa and Sonoma counties) weathered another high fire season in 2017. Although personnel had to evacuate for ten days in the face of the wildfire, they put the microgrid into “island mode” before evacuating, disconnecting it from the main power grid. They remained connected remotely to the infrastructure onsite via the Internet. Although smoke from the fire reduced their solar panel’s ability to generate power, the grid still generated enough to maintain the irrigation system, which protected both the property and their vines. This bespoke grid not only generated its own renewable energy but it also actively protected the property from fire damage. The owners took the lesson to heart, building up their systems until, in 2018, they were finally able to be completely self-sufficient. They went into island mode indefinitely and remain disconnected from the main grid to this day.

Changing the way that we generate, store, and transport power are essential to reducing the damage being caused by climate change. Battery technology is finally reaching a point where it is both possible and economically feasible to store enough power to support individual or community Distributed Energy Systems (DESs). Microgrids in wildfire-plagued regions can offer communities better reliability and protection than traditional energy infrastructure. So what are we waiting for?